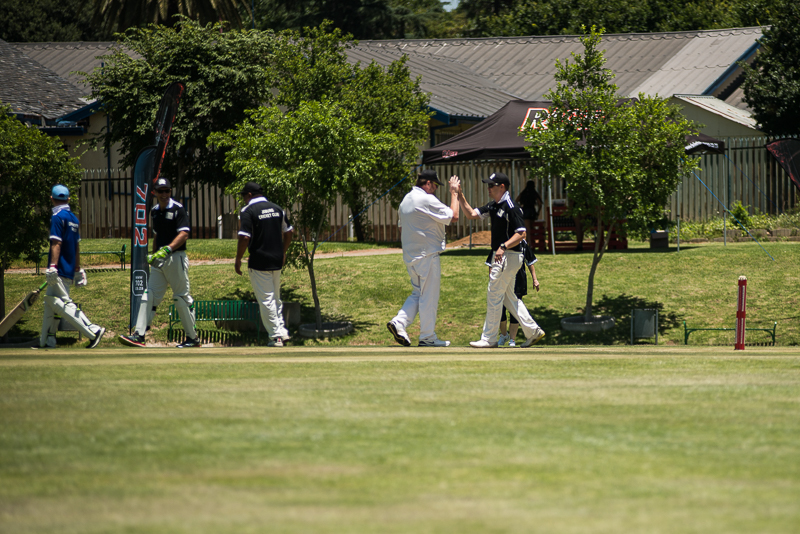 The excitement and festivities that underpin this prominent initiative renewed the rivalry between Joburg Cricket Club (JCC) and the Chatsworth Old Boys’ (COB) side, which honours JCC’s origins as cricket exiles from KwaZulu-Natal.

Under clear blue skies and sweltering heat, JCC won the toss and elected to bowl first on a less than docile track that had a generous tinge of grass.

Sent in to bat, the visitors were hoping to stamp their mark on proceedings and showed early intent as they took the attack to the Chatsworth bowlers.

Tharshen Moodley, opening for COB raced to 23 runs off 11 balls before retiring out, subsequently joined by his opening partner, Nish Evans, when he too retired out after a run a ball 22.

An inspired JCC outfit, defending champions  of this annual fixture, struggled in their attempts to wrestle initiative as they presented the visitors’ top order with little to no chances at taking their foot off the gas.

At the drinks break, COB were sitting pretty on 98 for no loss after 10 overs – the exception, three retired batsmen following respective knocks in excess of 20.

After the resumption, COB continued with the onslaught – adding 10 runs to their drinks break total in the first over before JCC finally struck – the keeper moving sharply behind the stumps to remove Zed Ndamane for 3 – the score, 108 for 1.

The narrative was set and the match seemingly headed for a climax, as COB piled on the runs, before David Nagle got two quick wickets in the penultimate over of the game. These wickets take on added significance as this was David’s first ever game of cricket.

In the end, COB managed a total of 167 from their allotted 20 overs for the loss of 3 wickets.